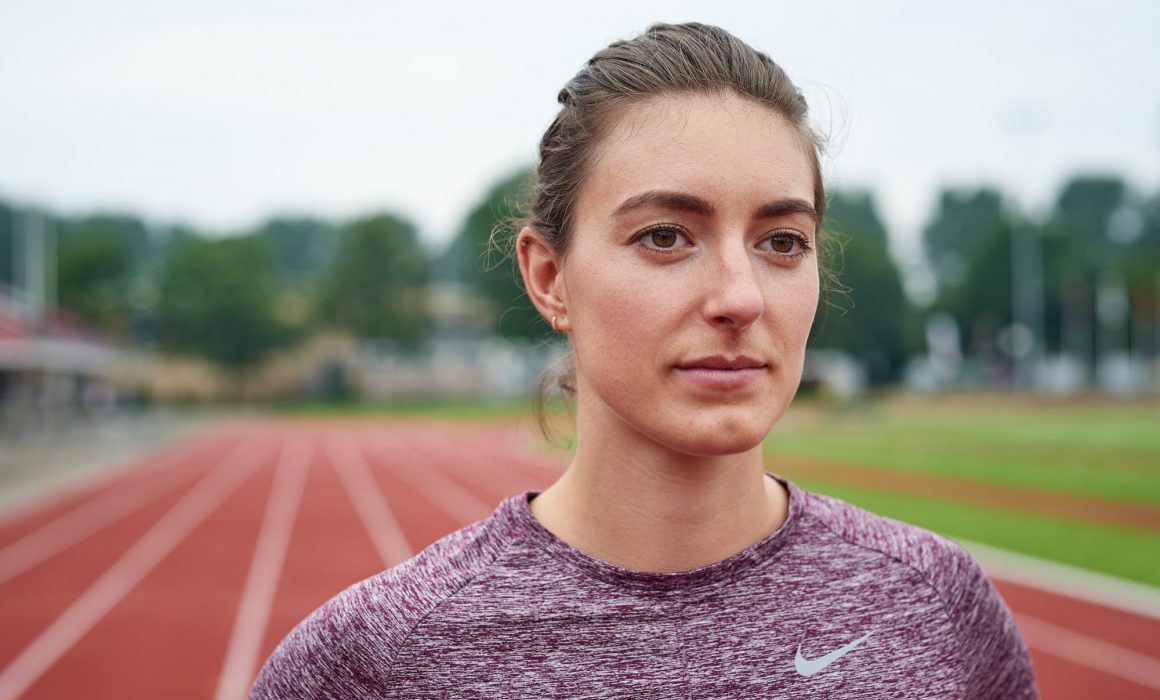 To investigate what the hard work of athletes really looks like, I’m spending time with top athletes training. This time, I captured how hurdles athlete Bianca Baak is training hard to recover from an injury.

A quick look at Bianca Baak’s statistics: she won every Dutch national championship for 400m hurdles from 2012 through 2017. Still, in 2016, she stopped competing, which she announced during this emotional interview with NOS. She felt like she was stuck, and sports was something she felt she had to do. This prevented her from really enjoying it. Quite simply, she wasn’t sure whether being an athlete was what she wanted most. It takes sacrifices and dedication, both financially, mentally and socially.
After taking this break and doing some soul searching, she was pulled back into sports and felt liberated when running again. She was quick to set her sights on the 2020 Tokyo Olympics. To investigate how athletes train, I recently also spent time with to shoot this series with Eelco Sintnicolaas training.

Unfortunately, she quickly got injured. The present diagnosis is that through improper walking posture and an untrained buttock, a problem in the entire chain of movement of her body slowly grew. This then manifested itself through hip immobility. This is an annoying and consuming injury that has taken Bianca quite a lot of time and energy to cope with. At present, she cannot run, let alone sprint or jump hurdles.
Not being able to run is something I’ve had to deal with in my own life. After a major ankle twist my anklets were severely stretched. I was in a cast for some weeks, but more gravely, after the ankle recovered, it turned out my knee had some inflammation that just wouldn’t go away. For quite some time I was unable to run more than 100m without suffering severe pains in my knee. Through strengthening my leg’s muscles, the pain eventually went away. Unlike me, Bianca Baak is a professional athlete who dedicates pretty much all the time she can to sports, so I can hardly imagine what she must be going through. For her recovery, Bianca Baak relies on advice from a physical therapist. Once she has fully recovered, she will resume working with her coach. Interestingly, she has no major clothing or shoe sponsors and no athlete status with the national Olympic committee. In practice, what this means is she gets no financial support and has to pay for everything herself. This creates a vicious circle: having to work a job on the side means it’s harder to completely focus on training and competitions, meaning it’s harder to perform, which in turn leads to not being granted a status and financial support. I’ve heard multiple athletes talk about this mechanism, and I feel it’s a shame it might be keeping some athletes from performing the best that they can. Now it’s pretty much down to chance, rising above oneself on one occasion that gets the ball rolling. While talking with Bianca, I started to wonder how she stays motivated and why on earth she keeps trying in spite of her injury and all hurdles (pun intended) she has to take. How does an athlete persevere when the outcome of all of their effort is quite unsure? Bianca confided in me that really what she’s longing for most is just being able to run again. What’s more, she shared that she’s absolutely convinced that there isn’t a thing in the world that makes her feel like running does. She longs for it mentally and physically, and is willing to invest and sacrifice ever so much to be able to run without pain again. I think it’s inspiring to see an athlete work towards such a pure and simple goal with such determination. Below is the series of photos that show a typical training session of Bianca Baak. This session consisted of a vast variety of exercises on the track, and some tough power training in the gym.