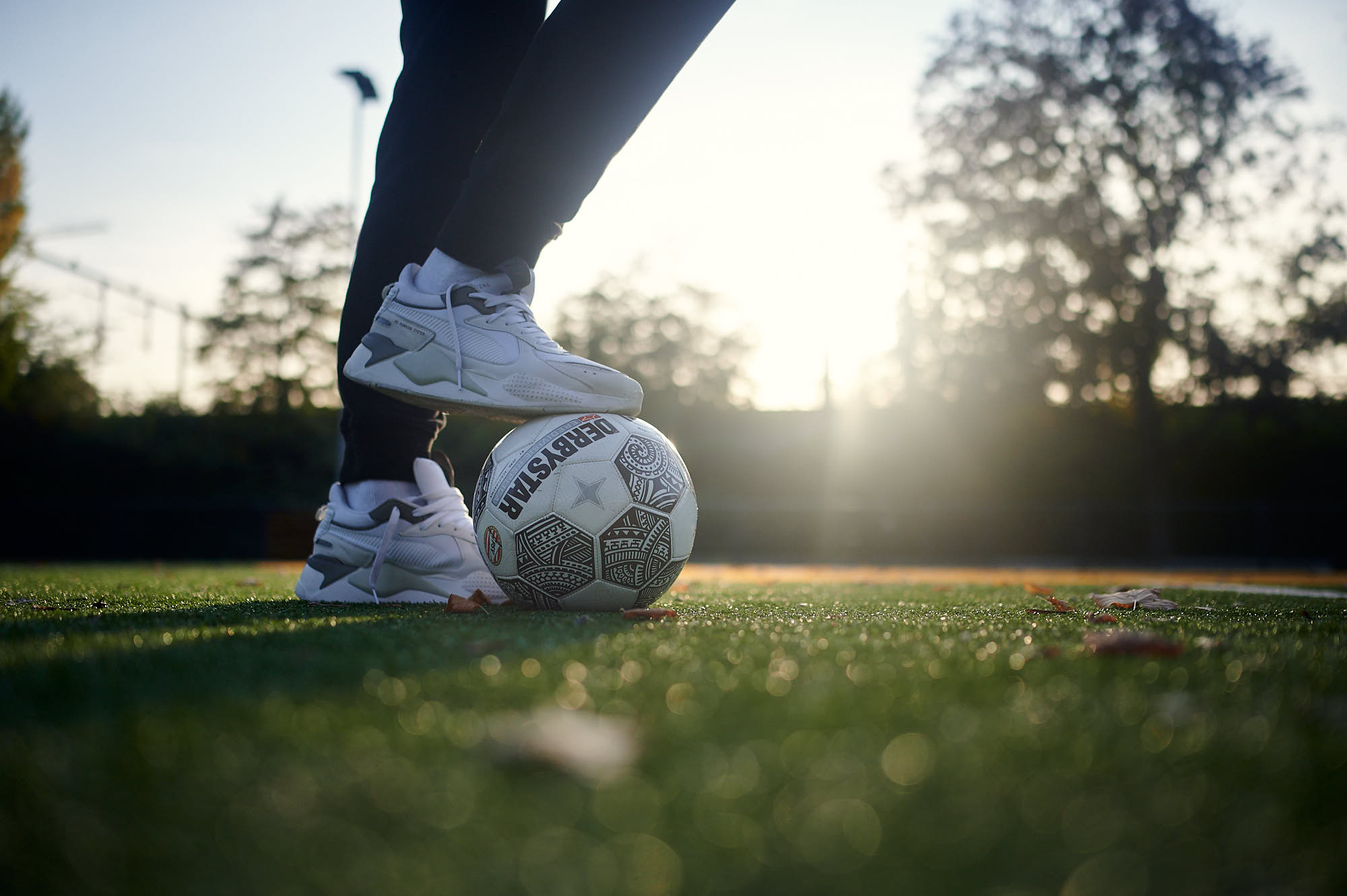 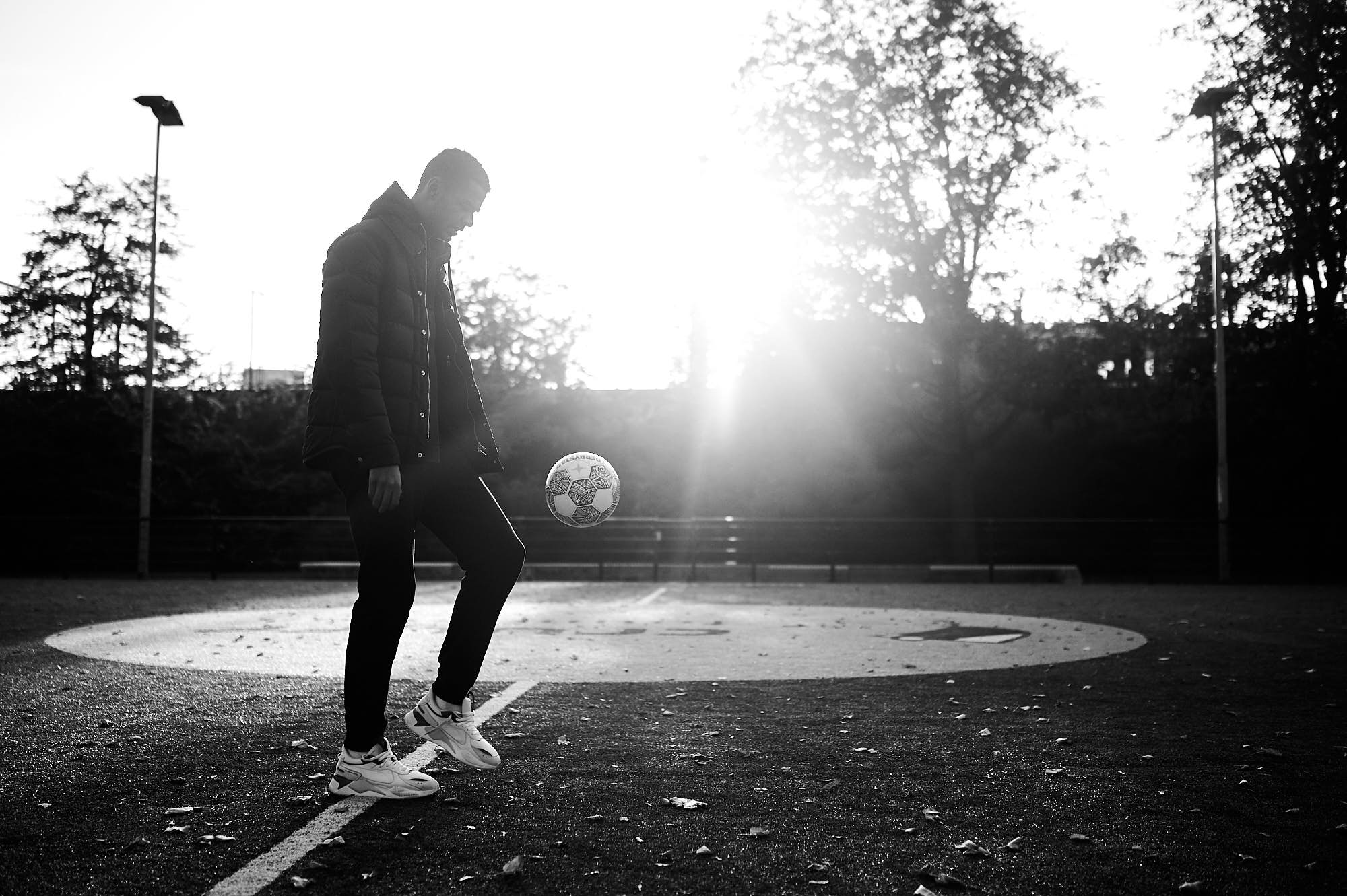 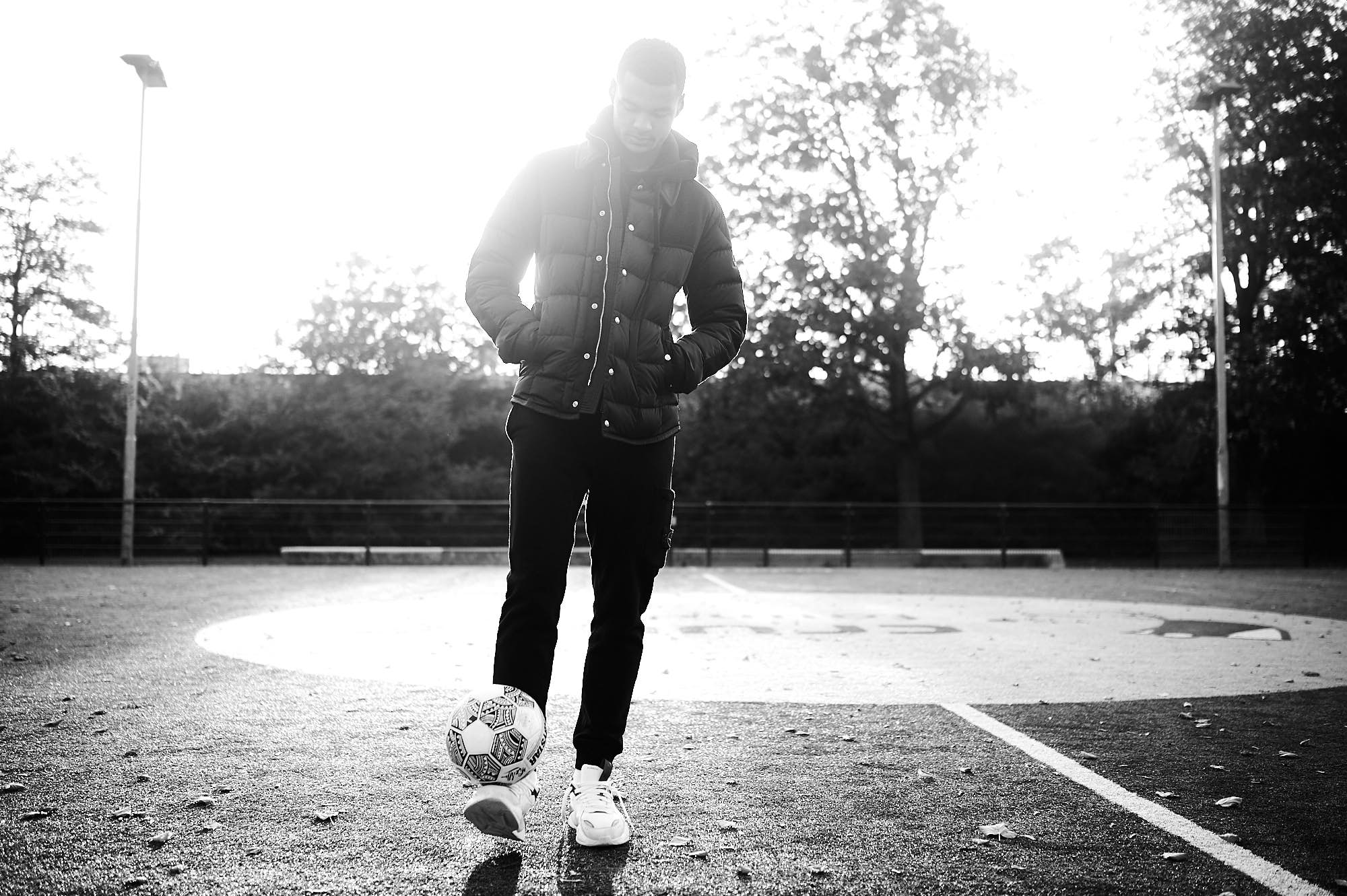 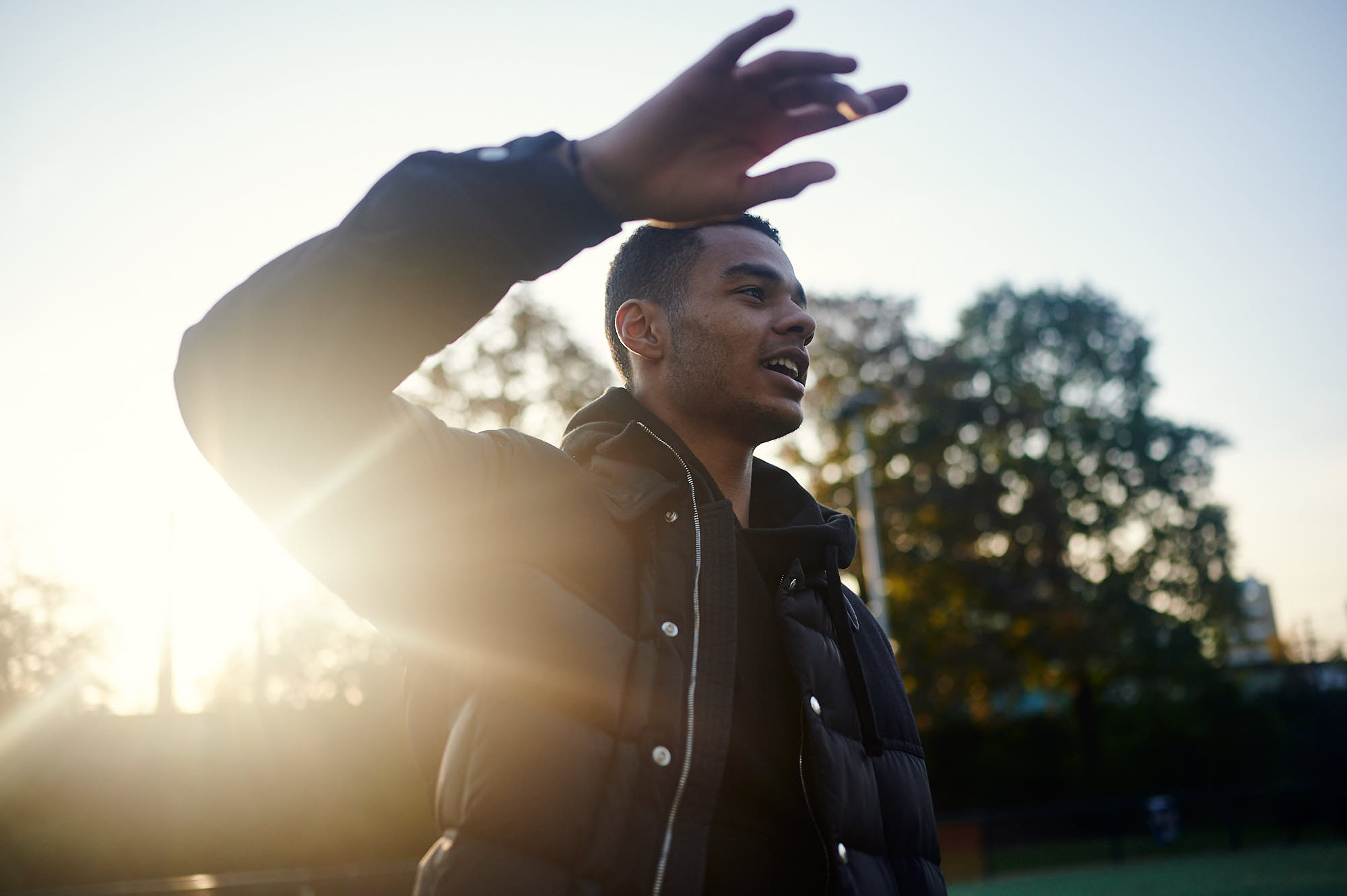 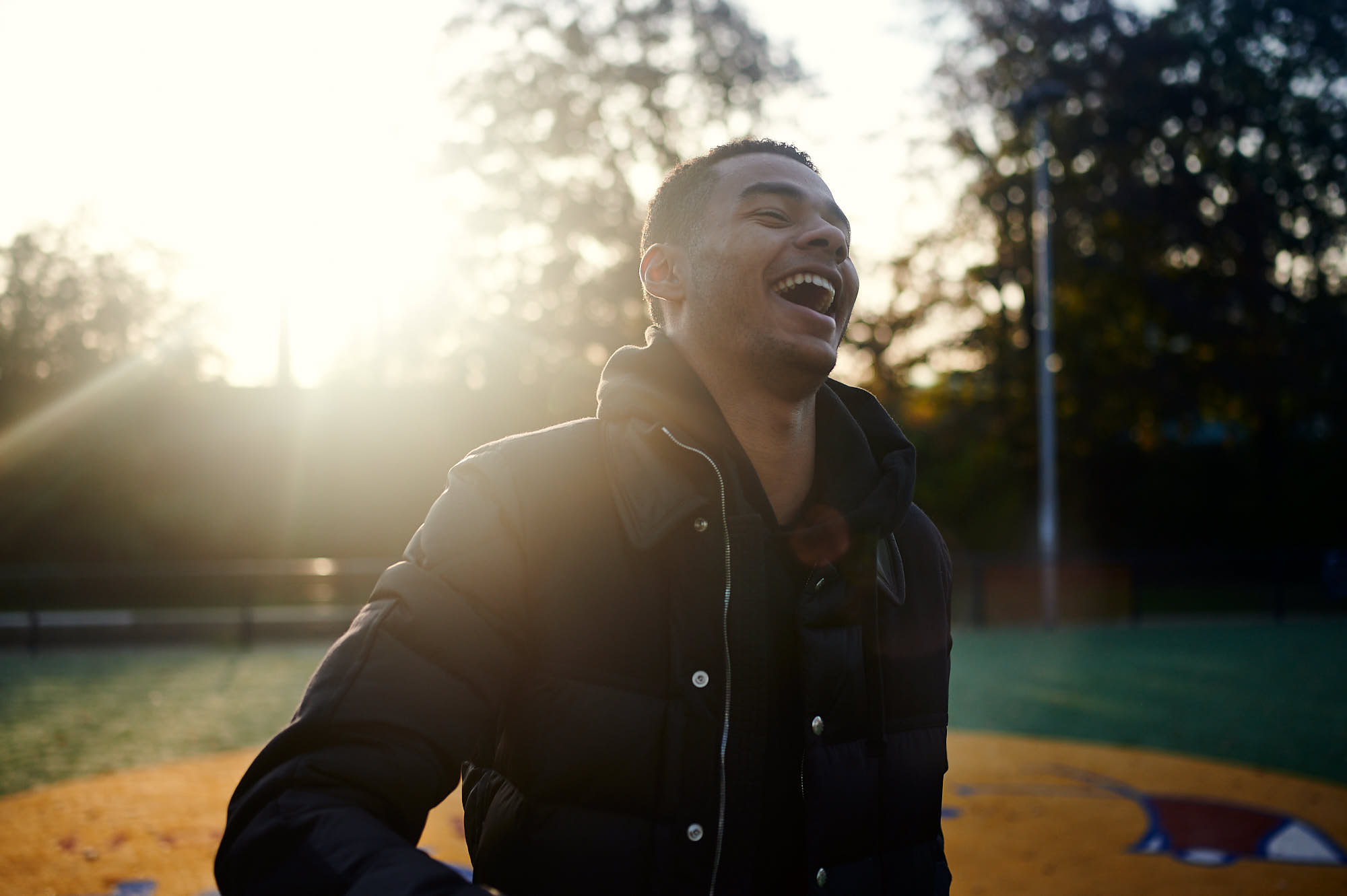 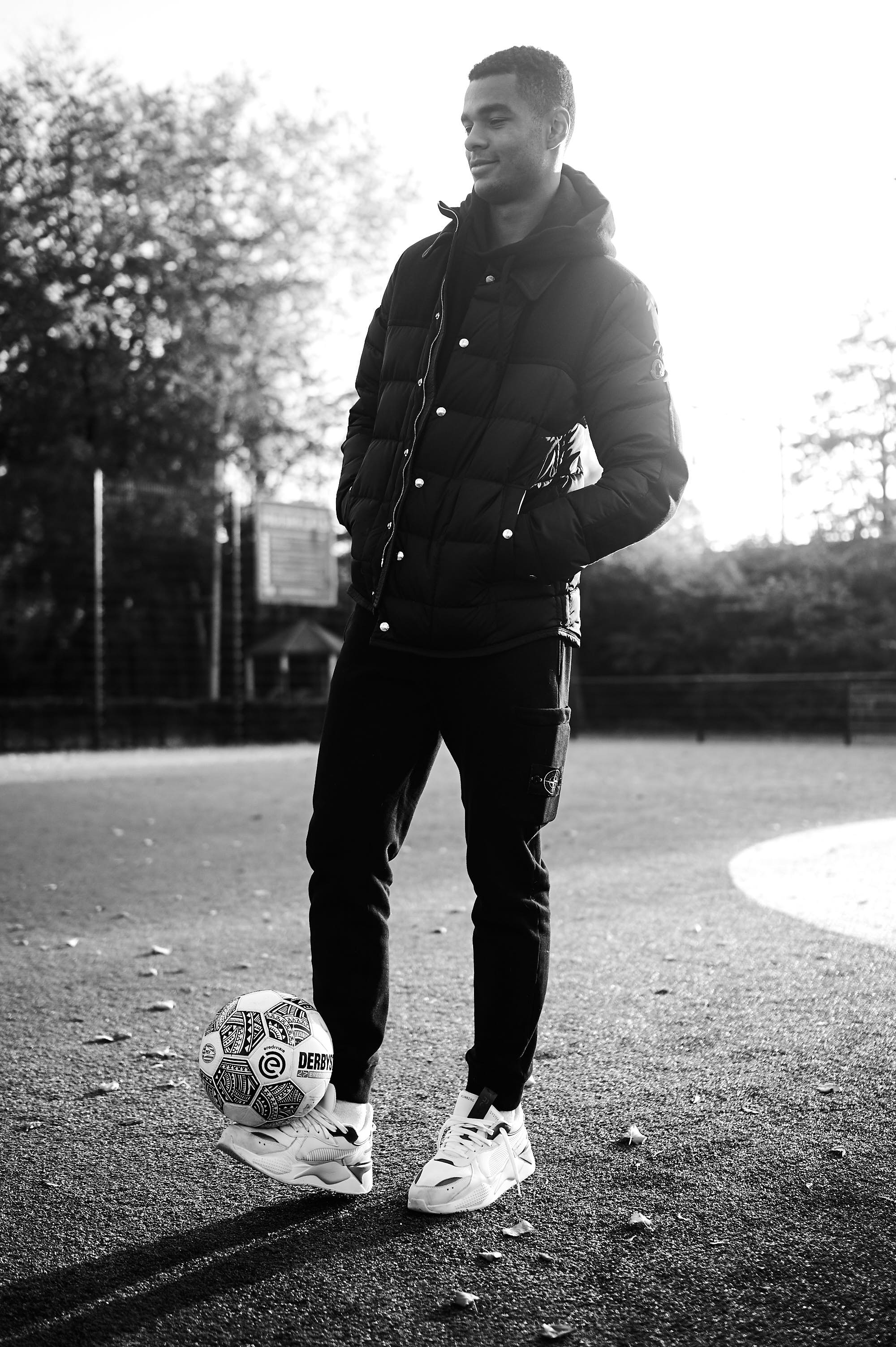 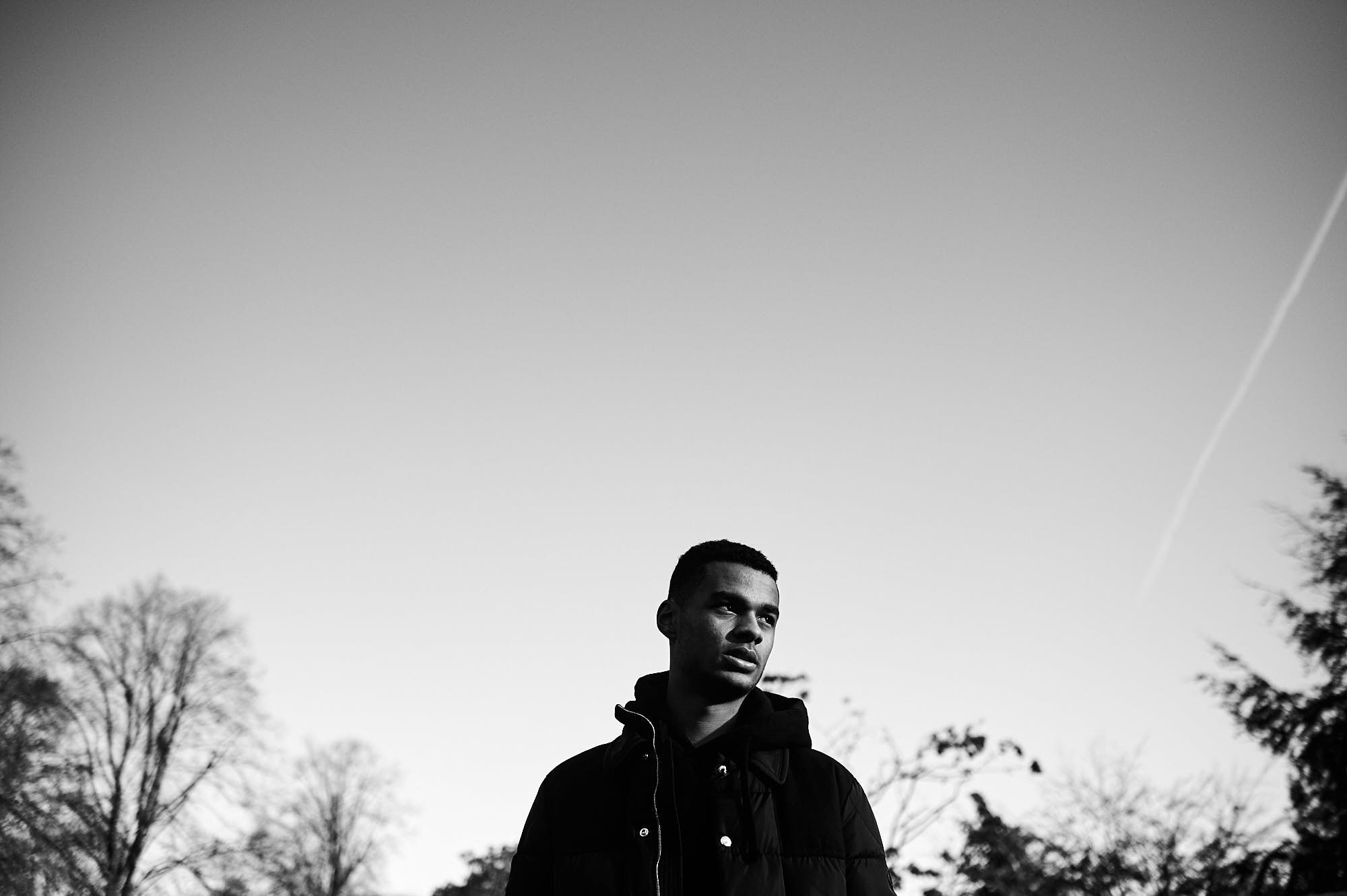 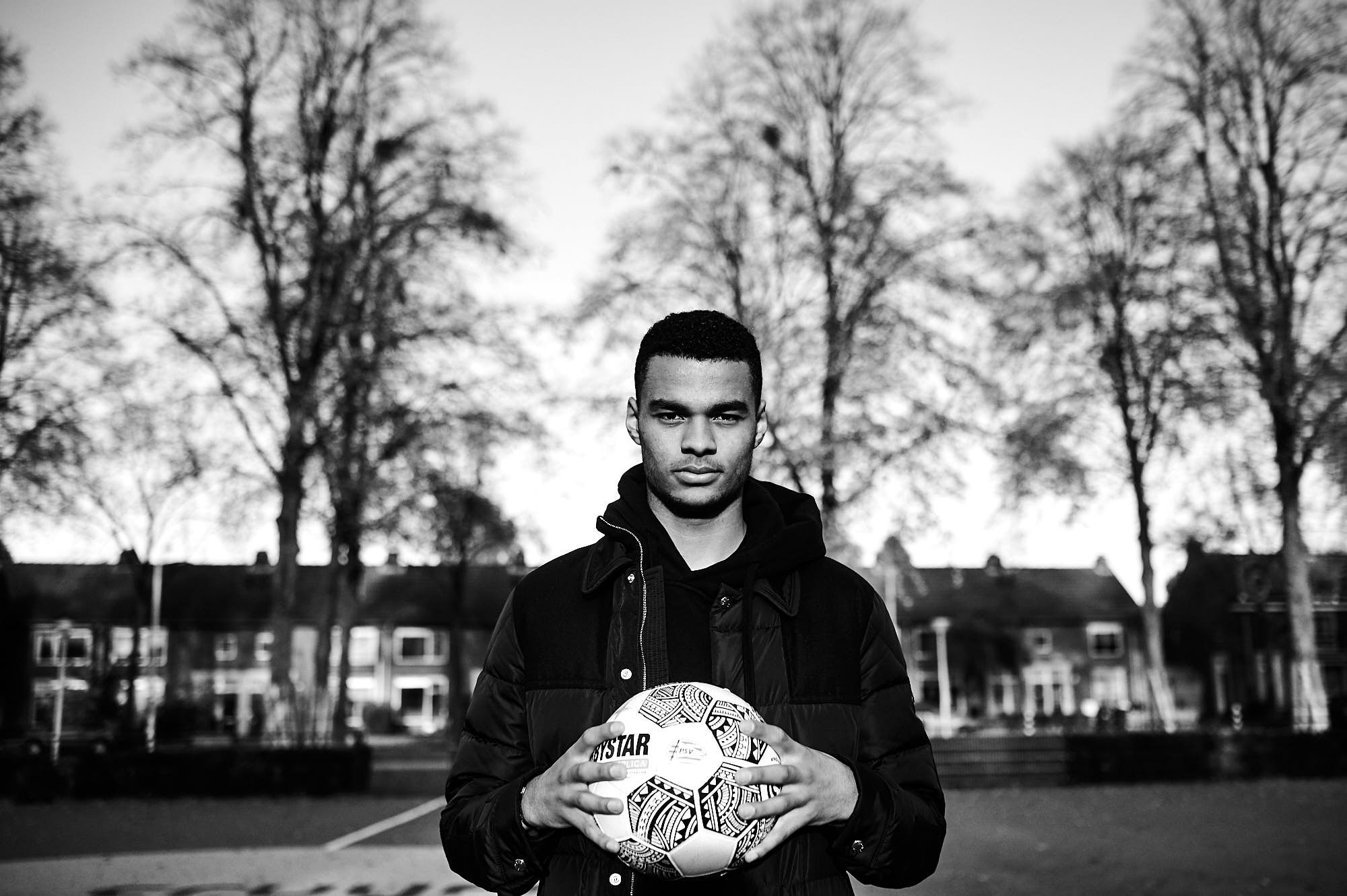 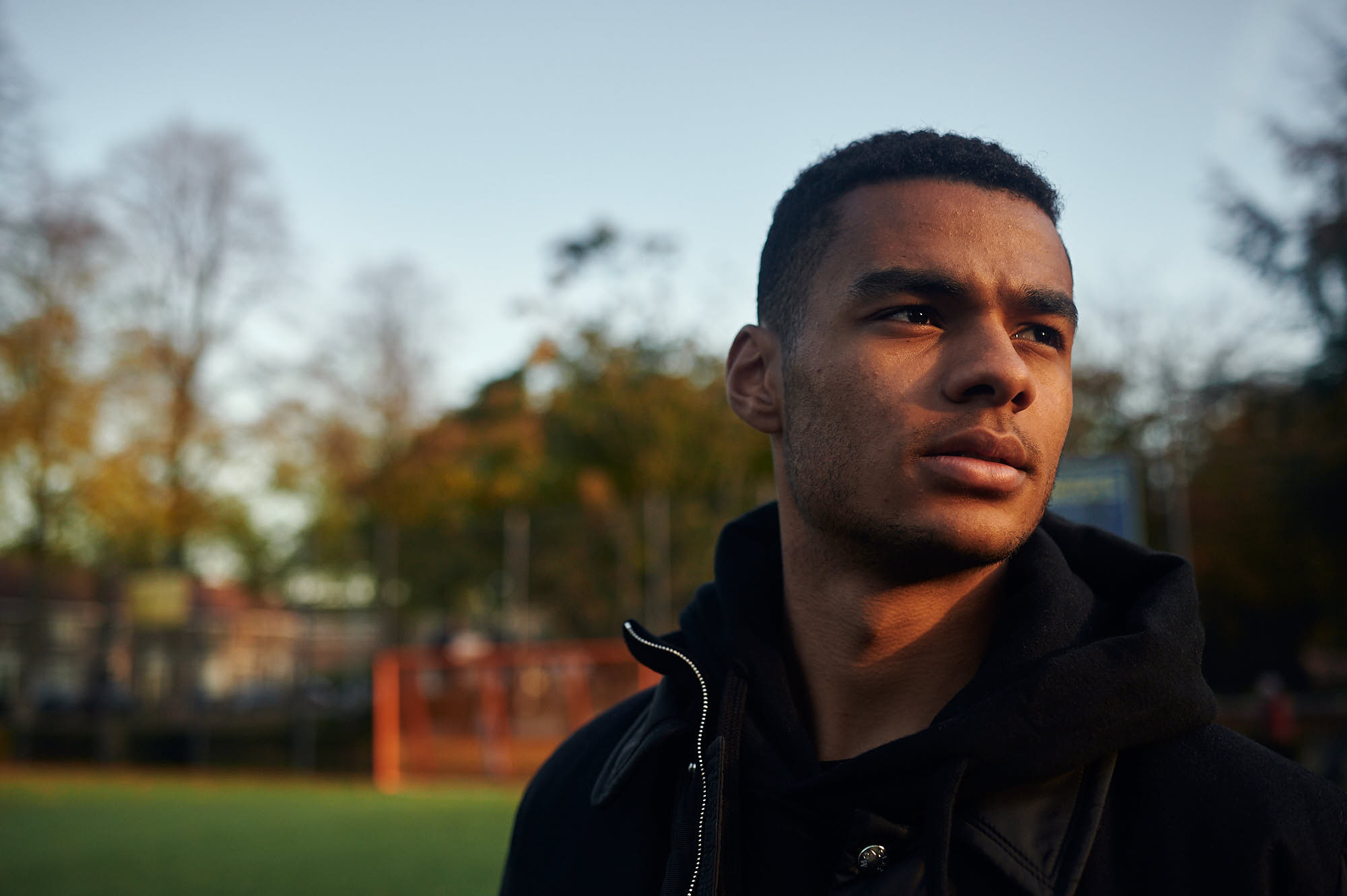 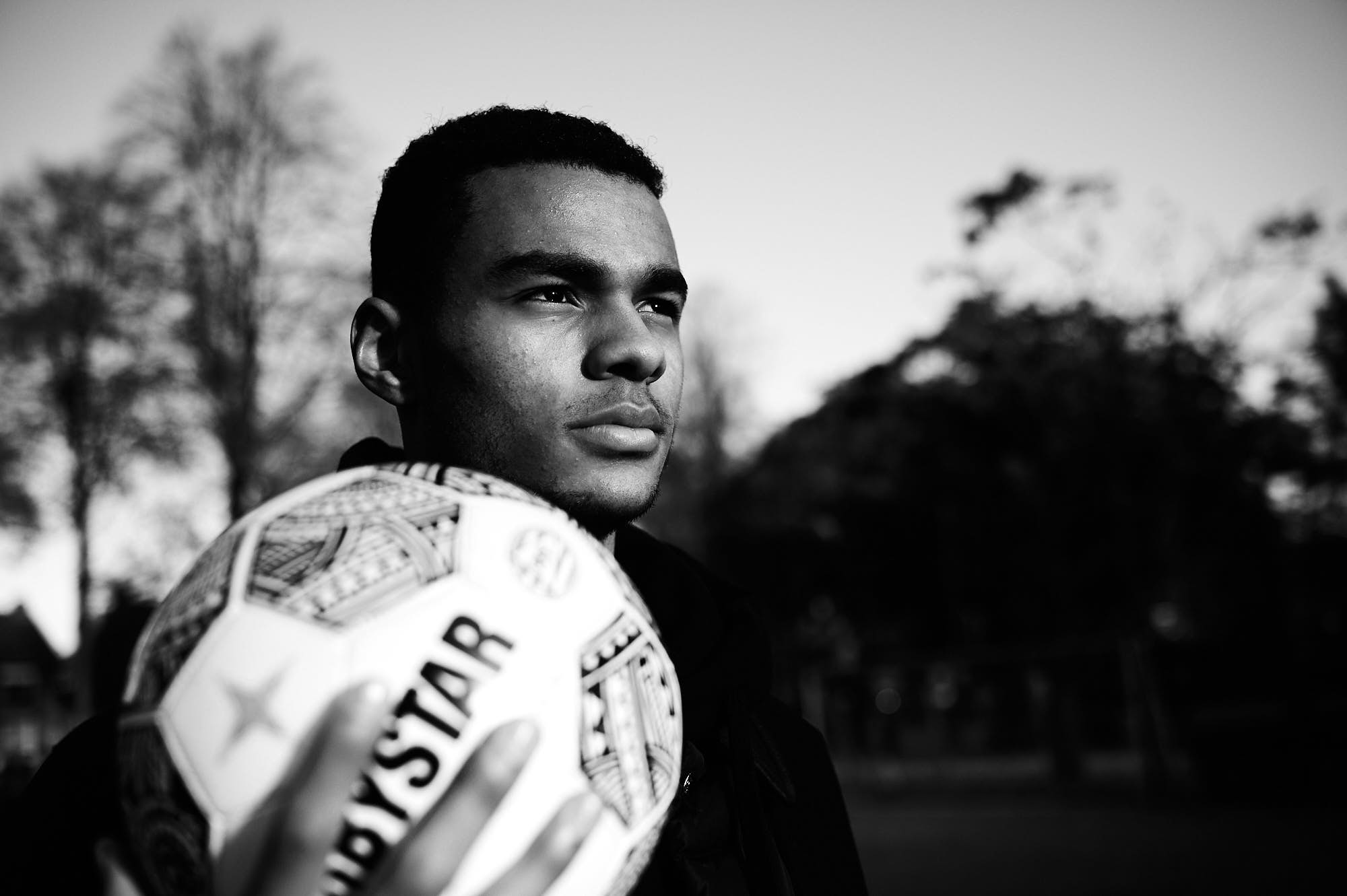 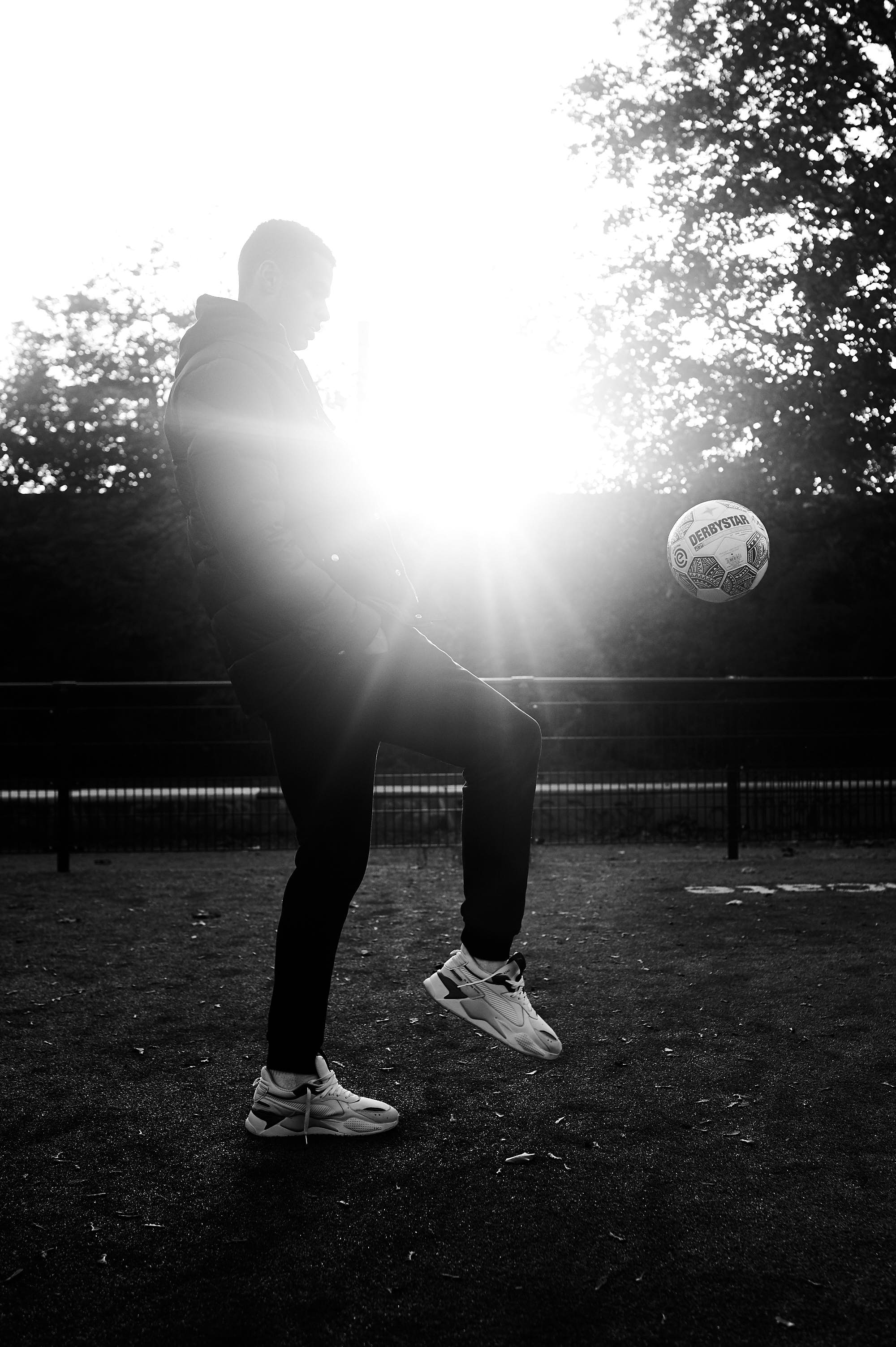 This series of first team player Cody Gakpo was shot for PSV’s club magazine. It was used in the first edition of the magazine’s revamped layout and style, modelled after cult magazines like Soigneur cycling magazine. The focus on personal stories and people really fit my own style and interests. The club trusts my approach with players and dared to opt for a super specific angle.

In this case, we joined Cody Gakpo on the community football court where he spent countless afternoons and evenings honing his skills. Located in the somewhat rough neighbourhood of Woensel-West in Eindhoven, football culture was very vivid on this court. The portrait series needed to reflect that in its somewhat rough style.

While I normally rarely shoot in black and white, in this case my client asked me to include a mix of styles in order to make for a varied article.