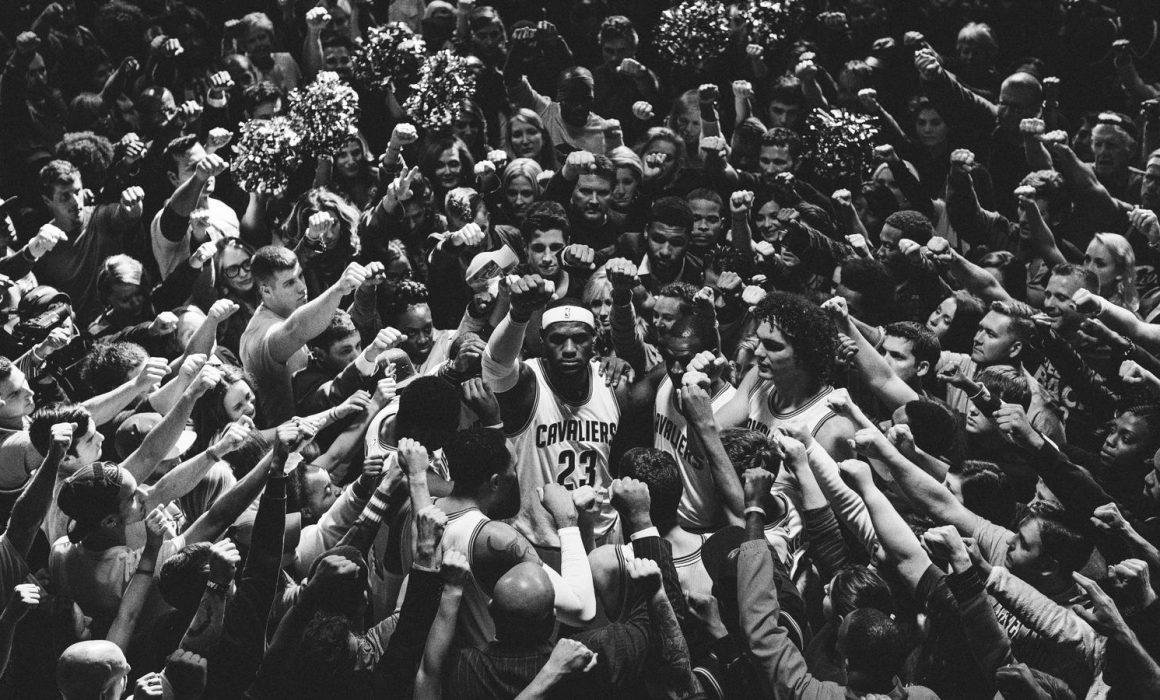 When LeBron James moved back to Cleveland Cavaliers in 2014, his sponsor Nike jumped to create an amazing black and white video. These are my thoughts on this moody spot that emphasises community.

Nike has been one of my favourite brands in terms of visual storytelling for a while now, in addition to their main competitor Under Armour. Interestingly, the brand has produced some rather moody sport videos in recent years. This is a quite significant departure from the glamorous over the top videos like this Beats by Dre video. Their 2014 spot celebrating LeBron James’ comeback is no different.

Be sure to read my thoughts on Nike’s Equality video as well.

LeBron James moved back to his old team Cleveland Cavaliers in 2014, after having joined Miami Heat in 2010. That move was labelled The Decision and did not land well with many critics. His comeback was celebrated by fans, critics and his sponsor alike though. Nike commissioned this video just to promote James’ move, not pushing its products in any way save for one close-up of James’ shoes. This just goes to show what a major deal James’ comeback was, and I applaud Nike for taking this storytelling approach. It made the athlete shine, which in turn is the most sincere advertisement for a brand’s beliefs and values.
When I watched the first couple of seconds of this video, I was a little sceptical. The players huddle up, and James makes some remarks about ‘having to do it for Cleveland‘. I more or less expected this to turn into some cliche motivational speech about working as a team, giving your best and more of these clincher lines.
I did not expect what happened next. A random spectator walks onto the pitch and joins the huddle. More people make their way down from the stands and join in. Next, people in the streets form their own huddle, on a massive scale. Entire squares are filled with supporters, shoulder to shoulder, arms joining. This is no promotional video for LeBron James. It is not a promotional video for Nike. This is a celebration of the Cleveland community, standing strong for their Cavaliers.

Nike does love black and white

Black and white makes this video. I’ve thought about it quite a bit, and I don’t think the spot would’ve worked quite as well had it been shot in color. It probably would’ve been too glamorous, real and commercial. By shooting this in black and white, the ideals and community aspects really shine. It gives the video credibility and somehow reminds me of a civil uprising.
One more thing Nike got right, is keeping the tone of the video super moody and somewhat aloof. It would’ve been all too easy for this to build up to something spectacular, with epic music and visuals. The music takes a backseat though, with the most intense sound coming from the bundled shouts of the crowds.
The video also reminded me of Kendrick Lamar’s video Alright, although this was actually shot a year later. While the musical part of this video is quite a bit more upbeat, the intro and outro for the music video are equally moody.
All in all I thrilled to see a major sports brand like Nike opt for a visual style this moody. It’s great that the brand has been able to resist the temptation to push its products into the spotlight, and instead put an entire community on a pedestal. This video is a tribute to the city of Cleveland, and I reckon any major sports team’s city would be insanely proud to have a dedication this strong made for them.